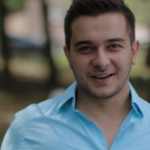 Apple Credit Card release date were set to summer of 2019. Right now, in Cupertino – California, in a roar of applause and encouragement, the Apple Card was launched.

Jennifer Bailey, the Apple Pay’s Vice President, presented this new Apple’s feature: “In just a few minutes, after you’ve signed up in your Apple account, you can get your Apple Card and use it right away. You can use it everywhere, in the World Wide sector: In Apps, in Stores and on the Web. Your Apple Card will be available on all of your signed Apple devices. “. These are the only Apple Card requirements.

Consumers will also be able to track purchases, check balances and view when their invoice is due straight from the app. There will also be a physical card, made of titanium- laser-etched , but without any credit card number, CVV, expiration date, signature, or any other kind of identification, like we see on the regular credit cards. All of that authorization information is stored straight in the Apple Wallet app.

Jennifer Bailey also says that it’ll use machine learning and Apple Maps to label stores that you’ve used in the app, and use that information to track purchases across categories like “food and drink” or “shopping.”

Cash back rewards will be credited to Apple Pay users’ accounts on a every day, Bailey said, and the card will not charge annual fees, international fees or late fees.

The card will be issued by the Goldman Sachs Group Inc and supported by the Mastercard Inc Network. The Apple Card is Goldman’s first credit card. The Wall Street investment bank has been offering further more products to purchasers, which includes personal loans and savings accounts through its Marcus online bank.

As we already know, Apple put a very good effort to keep the privacy of their users very safe. “Apple doesn’t know what you bought, where you bought it, and how much you paid for it,” said Jennifer Bailey. Apple also statements that “Goldman Sachs will never sell your data to third parties for marketing and advertising.”

R. I don’t know yet, but Apple announces that somewhere in the summer of 2019. So, basically, in the next months.

R. You can find this new Apple’s feature in the Wallet app of your iPhone. Because it is a the newest awesome feature of the Company, Apple will show you every next step you got to do.

R. At this moment, Apple announce that this feature will be available only in the United States of America.

R. Apple doesn’t opt for a points structure. It gives you cash back on each dollar you spend, through a program named Daily Cash.

Basically, these rewards will apply:

R. There are no late fees, annual fees, international fees or fees for going over your limit.

Previous Post
What do SEO services companies do?
Next Post
Ahrefs is working on a general purpose search engine

Lusi Studios
15:32 22 Jun 22
Andrei did an amazing job! He helped in a very rushed time and he excelled at everything. Thanks again!

Sorina-Nicoleta Aurică
17:51 09 May 22
I am grateful and I would to thank Websites Seller for their support in site recovery and site transfer. Websites Seller just saved my business. Thank you!

Wouter Ghysens
11:52 10 Sep 21
Looking for a Wordpress transfer from site A to site B, I found back Andrei from Wesites Seller on Google.He was very proactive in his approach, came with hundreds of ideas and lifetime experiences from other migrations. He knows the wordpress, the hosting and php database as the back of his pocket.And we worked out this migration very smooth. Together we solved it, and myself and my business are very pleased with his approach.100% recommendation & kudo's from out of Belgium!

Ioachim Ciobanu
18:39 14 Jul 21
Websites Seller built my resume site. Deliverables were quickly completed, and I was asked for my feedback at each stage of development. All feedback I gave was implemented in a short time.Another great thing is that he comes with smart solutions, regarding stuff which I didn't initially think of (site security, Google site speed optimization and so on). Basically, he was great, staying in touch, keeping me updated and paid attention to what was most important for my site.Overall, I am very happy with the work done. I highly recommend this developer!

K Collins
09:11 19 May 21
I needed help with website speed - to improve my core web vitals - without compromising the usability of my site. Andrei was extremely responsive, proactive and fast. And more importantly, he increased by website speed. Highly recommend him, and I will be using him going forward on all my projects.
‹
› Unable to delete a plugin

8 Must-Have WordPress Plugins and Features in 2021 Woocommerce – Advantages and Disadvantages of Using It Common WooCommerce Errors & How To Fix Them Safely transfer your WordPress website to a new location for $75. … Migrate your website to its new host. We specializes in website design, Internet marketing and SEO for lawyers and attorneys throughout the Europe and US.